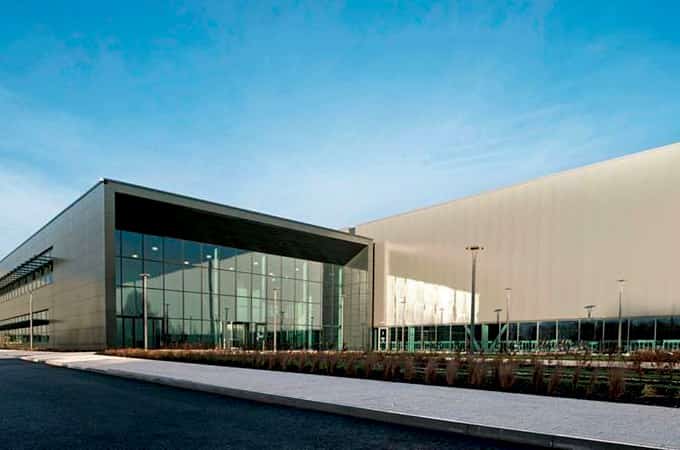 Jaguar Land Rover today marked a seminal moment in its history with the official opening of its new Engine Manufacturing Centre. The £500m facility, announced in September 2011,represents a significant step in Jaguar Land Rover’s strategic investment programme and will see engines being produced in-house for the first time in a generation.

Located near Wolverhampton in the West Midlands, the Engine Manufacturing Centre is home to the Ingenium engine family which will power a new generation of Jaguar Land Rover products designed, engineered and manufactured in the UK. This starts with the 2.0-litrediesel, which rolls off the production line early next year, destined for the new Jaguar XE.

Commenting on the opening Dr. Ralf Speth said: “The Engine Manufacturing Centre represents all that is great about British engineering.

“Jaguar Land Rover is a business driven by design, technology and innovation and this investment and level of job creation is yet further evidence of our commitment to advancing the capability of the UK automotive sector and its supply chain."

With a vision to set a new global benchmark for excellence in engine manufacturing, Jaguar Land Rover is drawing on the expertise of 2,000 powertrain engineers who have been inspired by the company’s70-year heritage in the design and development of iconic engines. These engineers, together with the new 1,400 strong team at the Engine Manufacturing Centre, will deliver the next generation of highly efficient, ultra-low emission 4-cylinder petrol and diesel engines.

Jaguar Land Rover broke ground on the i54 Business Park site in June2012. Today, the 100,000 square metre,state-of-the-art facility, houses an engine-testing centre alongside manufacturing and assembly halls, and meets the highest standards of sustainable production.

Awarded a rating of ‘excellent’ by BREEAM, for sustainable buildings, the facility is home to the largest rooftop solar panel installation in the UK, comprising no fewer than21,000 individual panels. It is estimated that these panels will generate more than 30% of the plant’s energy requirements - providing the same amount of energy required to power 1,600 homes.

Commenting on the importance of the Engine Manufacturing Centre, Trevor Leeks, Operations Director at the site said: “I am proud to be leading the world-class team who will bring years of hard work to fruition as we execute the flawless launch of Jaguar Land Rover’s first in-house engines in a generation.

“Our new Engine Manufacturing Centre is an important step in advancing the competitiveness and capability of the UK automotive sector. The production of in-house engines will support the expansion of the UK supply chain providing critical mass for inward investment.”